ON THE DAY OF VICTORY NO FATIGUE IS FELT

The Hayastan Grappling System is rooted in four grappling arts: Judo, Russian Sport and Combat Sambo, Brazilian and Japanese Jiu Jitsu, and Greco Roman and Freestyle Wrestling. It was created in the early 1980s by Gokor Chivichyan and his teacher and long-time friend, Gene Lebell.

At the time, many other grappling instructors maintained conservative training regimens rooted in the debate over the best grappling art, but Gokor and Gene acknowledged them all as beautiful arts and had no interest in joining the dispute. Even in their early days of training and teaching together, Gokor and Gene emphasized the importance of all four of the grappling arts, with the belief that each must be studied and adapted in order to develop a holistic grappling system. This receptive philosophy is at the core of the Hayastan Grappling System’s distinctive character and the unprecedented ability of Gokor and Gene, as demonstrated by numerous national and world titles in an assortment of styles, is at the heart of its success. Over many years, Gokor and Gene have perfected the highly innovative system, combining adapted elements of Judo, Sambo, Jiu Jitsu, and Greco Roman and Freestyle Wrestling. The system includes all forms of submissions, including leg locks, heel hooks, foot locks, knee bars, shoulder locks, wrist locks, neck cranks, body cranks and chokes. Moreover, it is noted for highly aggressive Judo and Sambo takedowns, in addition to uncompromising ground control. Many of the system’s teachings have been refined from grappling arts passed down through the centuries, many have been uniquely adapted for use without the gi and many others have been distinctively developed by Gokor and Gene themselves. Far from a loose collection of techniques, the Hayastan Grappling System is a logical and purposeful amalgam and represents Gokor and Gene’s combined grappling experience of over 100 years. Gokor has competed in over 400 NHB (No Holds Barred), judo, and sambo fights, and has never lost as a professional fighter.

Gokor has been training UFC Champion Ronda Rousey since she was 13 years old and this is why she continues to dominate the Women’s Division in the UFC. 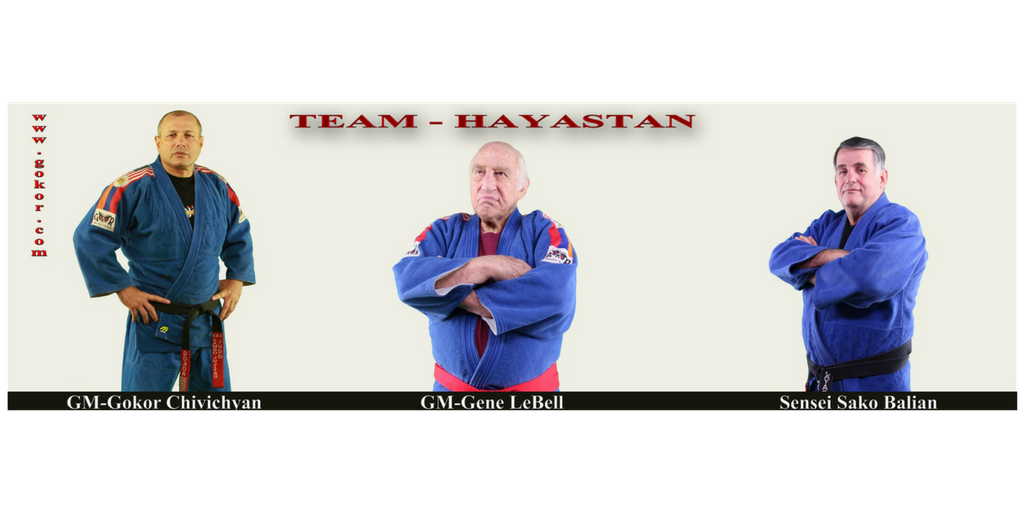